A Brother is a man who has dedicated himself to God and the Church by deciding to join a group of men who have the same goals as he does. When a Brother joins a Congregation of Brothers he takes the vows of Poverty, Celibacy and Obedience. By doing so he is a vowed, lay man called to Brotherhood for the mission of the Church.
WHAT IS A BROTHER?

A Brother is a man who has dedicated himself to God and the Church by deciding to join a group of men who have the same goals as he does. When a Brother joins a Congregation of Brothers he takes the vows of Poverty, Celibacy and Obedience. By doing so he is a vowed, lay man called to Brotherhood for the mission of the Church.There are many different groups of Brothers in the United States. Right here, in Bergen County, there are a number of different Congregations: the Brothers of the Christian Schools who taught at Paramus Catholic Boys’ High School, the Xaverian Brothers teach at St. Joseph’s, in Montvale, and the Congregation of Christian Brothers teach here at Bergen Catholic High School.

But teaching is not the only thing that Brothers do in the United States. Some serve in hospitals, orphanages, AIDS patients or Social Services. The common denominator for all Brothers, however, is that they serve the people of God wherever they are found.
A Brother is unlike a Priest as he does not serve in a Parish nor does he receive the Sacrament of Holy Orders. A Brother is not a “cleric”, but rather is considered a “lay man” by the Church since he does not receive Holy Orders.

WHO ARE THE CHRISTIAN BROTHERS?

The Congregation of Christian Brothers who serve here at at Bergen Catholic High School are part of what is called a province. A Province usually serves a special area. For example, the province in which Bergen Catholic is located is known as the Eastern American Province. From this you can tell that it serves in the eastern part of the United States. In this Eastern American Province there are a number of communities, or places where Brothers live and work. In this province we have many communities of Brothers. These communities are located in the following areas: Rhode Island – 1; Massachusetts – 1; New York – 17; New Jersey – 1; Florida – 4; and Peru – 5. You are probably asking yourself: Peru is not part of the Eastern United States, so why are the Brothers there? A number of years ago the Holy Father, Pope Paul VI, asked all Religious Congregations (of both men and women) to send members of their communities to Mission areas of the world. We decided that there was a need for the presence of the Brothers in Peru and have been working in that country since 1967. Presently there are 350 communities of Christian Brothers working in 13 different Provinces throughout the world working in different ministries in the following countries: Argentina, Australia, Canada, Cook Islands, England, Fiji Islands, Gambia, India, Ireland, Ireland, Italy, Ivory Coast, Liberia, New Guinea, New Zealand, Paraguay, Peru, Republic of South America, Sierra Leone, Sudan, Tanzania, United States, Uruguay, West Indies and Zambia.

How Did The Christian Brothers Come To Bergen Catholic?

In 1954, The Most Reverend Thomas A. Boland, STD, DD, Archbishop of Newark, invited the Christian Brothers into this Archdiocese to open and staff Bergen Catholic.

Where Were The Christian Brothers Founded?

The Congregation of Christian Brothers was founded in Ireland in 1802, although the work of education was started by Edmund, and his associates, in the latter part of the 18th century.

Who Was The Founder Of The Congregation Of Christian Brothers?

Edmund Rice: A Glimpse At His Life From Merchant To Teacher To Blessed 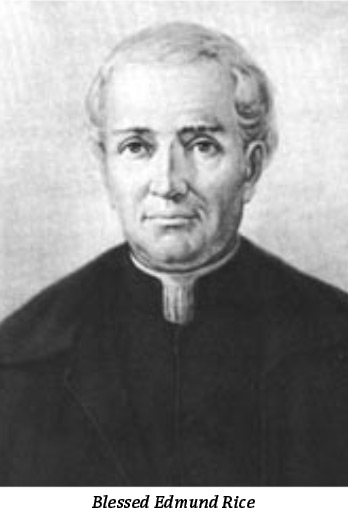 Edmund received an education that was denied to a majority of Catholics. First attending a “hedge school” – an illegal for-profit school set up by traveling teachers for parents who could afford to pay the fees – Edmund went on to attend a commercial academy in Kilkenny.

Here he received a business and classical education. This background would be extremely helpful to him, not only in his merchant profession but also in his future role as founder of schools for poor boys.

Then came the cross. Mary died in childbirth when the baby daughter, also called Mary, was born prematurely. The young Mary was of very frail health and was to need nursing care for the rest of her life. Years afterward, Edmund referred to this period of his life as “the dregs of misery and misfortune,” but he added, “God gives and God takes away, so blessed be God’s name forever.

Finally, in 1802, after much thought, prayer and advice, he took his first courageous steps toward the achievement of his noble ambitions, convinced that this was God’s will for him. Having provided for his teenage daughter, he sold his business and determined to use his accumulated wealth for the Catholic education of poor boys. He rented an unused stable in fashionable New Street and began his first school. In doing this, he risked his reputation for good and sense and practical business dealings. He stirred the animosity of the wealthier citizens of New Street who saw their street and their houses devalued by the daily influx of the dirty and the dreadful from beyond the adjacent city walls.

Edmund died on August 29, 1844. He had given so generously of his resources that a close friend of his paid for the expenses of his burial as a tribute of friendship and esteem for Edmund. A journalist who attended the funeral summed up his feelings thus:

O God, we thank you for the life of Edmund Rice. He opened his heart to Christ present in those oppressed by poverty and injustice. May we follow his example of faith and generosity. Grant us the courage and compassion of Edmund as we seek to live lives of love and service. We ask this through Christ our Lord. Amen.

PRAYERS FOR THE CANONIZATION AND THE INTERCESSION OF BLESSED EDMUND RICE

Heavenly Father, through the inspiration of your Holy Spirit and because of your love for your family, You chose Edmund Rice to be a husband, father, and religious brother; to work with the poor, to teach the uneducated; to help those in suffering; to comfort the sick and to establish new families of Religious Brothers in your Church. Look favorably on his life, we ask you and if it by for your glory, hear our prayers that he may soon be declared a Saint. This we ask, as we ask all our prayers, through Christ Our Lord. Amen.

PRAYER FOR A SPECIAL FAVOR

Lord God, who through the Holy Spirit inspired Edmund Rice to glorify you by the true Christian example of his life, grant through his intercession the petition I now make (…) and so hasten the day when his name shall be honored among those of your Saints. I ask this through Christ our Lord. Amen.